Kick-start your bank holiday with Sadler’s Yard Summer Jam. The annual city centre music festival is returning to NOMA with a brand new look and line-up for 2018.

Taking place on Saturday 25August, you can expect to be well fed with sensational street food, wash it all down with a carefully curated craft beer at The Pilcrow, shop til you drop at the products and produce market and dance all day with music starting from 12pm.

Last year’s sell out event is back. The Luna Cinema is returning to Tatton for three nights of classic screenings under the stars.

On Friday 24, enjoy everyone’s favourite 80s kids movie The Goonies, or watch the greatest romance of all time, Pretty Women, on Saturday 25. Pack some marmalade sandwiches and take the whole family along on Sunday 26 August for a screening of Paddington 2.

BEE IN THE CITY

Take part in one of the most popular public art events the city has ever seen. Discover over a hundred inidividually-designed bees on this free, family-fun trial, taking in the city’s landmarks and hidden gems.

Each Bee has been designed by a different artist and celebrates the unique buzz of Manchester, from its vibrant music scene to its industrial heritage. You can download the trail map below and join in the fun until 23 September.

Bee in the City 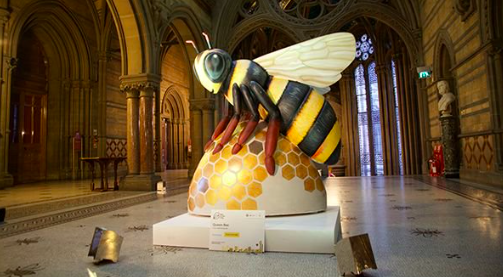 One of the biggest Pride events in the UK, the award-winning four-day Manchester Pride festival, is taking over the city from 24 to 27 August.

The streets of Manchester are set to be taken over by troupes of performers, acrobats and fabulous characters in “The Circus of Acceptance - as well as headline acts such as Rita Ora, Alexandra Burke and Nadine Coyle.

The Merrion Street Festival is back for the final Bank Holiday Sunday of 2018. Merrion Street bars are all joining forces to bring visitors a day of live music, street food and limited edition cocktails.

Taking place at Brahman Park between Thursday 23 and Sunday 26 August, Leeds Festival - the iconic British music festival - has been making the August Bank Holiday its own since it launched in the city in 1999.

This year, the line up includes performances by Fall Out Boy, Kendrick Lamar, Kings of Leon, Panic! At The Disco, Dua Lipa, Courteeners, Slaves and many more.

Buckets and spades at the ready as the City Beach returns to Leeds for the sixth year running, situated in Victoria Gardens outside Leeds Art Gallery.

Bringing the excitement of the seaside to the city, there will be a wide range of family friendly activities taking place over the course of the weekend such as Miami Surf, Jungle Funhouse, Waikiki car and more.

Head down to Leeds Kirkgate Market with all the family and enjoy family-friendly films at the Market Event Space. All films start at 10am and there is no need to book as it’s completely free. See the line up here

The Great Brick Adventure will be taking place from the 25 to 27August and will feature three interactive zones that showcase some of the world’s bestLEGO® brick models. Children young and old are sure to be in awe at the scale and size of this immersive event. 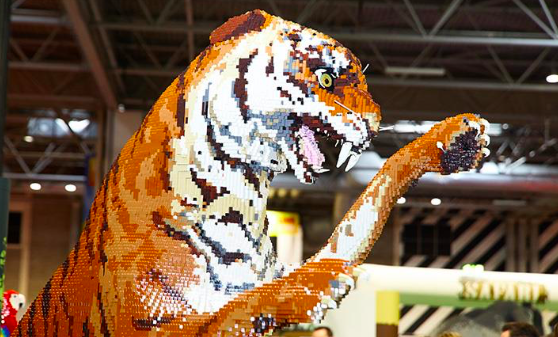 The annual International Beatle Week Festival is set to take place in Liverpool from 22 to 28August, celebrating the music of the most famous pop group the world has ever known.

There is so much to do and see that you don’t have to be a hardcore fan – though you probably will be by th end of it. The main feature is a host of live music every day, with a different band playing every hour.

As part of Liverpool Biennial, there will be a pop-up cinema taking place in the basement of the former George Henry Lee’s department store. On Sunday 26 August, indulge in the darkest of dark comedies with a screening of Little Shop of Horrors.

Open until 10 September, this will be a summer festival to remember on Liverpool’s iconic waterfront - with thrill rides and attractions, an artisan market, Liverpool Art Fair & gallery, great food and much more.

Enjoy a spot of retail therapy and browse the Village High Street with the Artisan Village and Farmer’s Market offering over 30 independent market stalls with local produce – or get the adrenaline going with three of the world’s tallest and most exciting thrill rides!