2018 marks a decade since Liverpool was named Capital of Culture – and this Summer promises a plethora of culturally-rich, diverse and exhilarating events celebrating the city and its people.

With so many fantastic events and festivals to choose from, we’ve rounded up our top picks that you can’t afford to miss.

Described as one of the most significant archaeological excavations of the 20th Century, Liverpool is playing host to a collection of the life-sized Terracotta Warriors that guarded China’s First Emperor. The exhibition is showcasing objects from the Qin and Han dynasties which spans almost 1,000 years of Chinese history, as well as a number of objects that have never before been displayed in the UK. Alongside the exhibition, visitors can also book onto special events with unique talks from creators and special guests with arrival drinks, three course meals and after-hours entry.

Over the second May Bank Holiday weekend, the Tall Ships will return to Liverpool as part of The Three Festivals that link the city with Dublin and Bordeaux, along with racing across the Irish Sean and Bay of Biscay. In Liverpool, the masted ships will sail up the river to the city’s famous UNESCO World Heritage waterfront and the site of Moda’s The Lexington development where they’ll start the highly-competitive Regatta. As part of The Three festivals in celebration of the vibrant port cities involved, the city will also host a trio of cultural festivals – Liverpool Festival in the city centre, Irish Festival at the Albert Dock and French Festival on the Pier Head.

Boasting unrivalled waterfront views at the Pier Head, the Bordeaux Wine Festival is making its UK premiere in Liverpool and is one third of The Three Festivals mentioned above. In hosting the festival, Liverpool is joining the exclusive Bordeaux ‘Fete le Vin’ family, alongside Brussels, Hong Kong and Quebec, making it one of the most sought after tickets this Summer.

Liverpool Biennial is the UK’s largest festival of contemporary art, taking place every two years throughout the city’s museums, galleries, public spaces and even online. With international artists commissioned to make and present work all about Liverpool and this year is even more special as it celebrates its 20thyear in the city, reflecting on social, economic and political turmoil in the world today.

In the words of co-curators Sally Tallant and Kitty Scott: “The Biennial asks: Beautiful world, where are you?, a question derived from a 1788 poem by the German poet Friedrich Schiller. Today the poem continues to suggests a world gripped by deep uncertainty; a world in social, political and environmental turmoil. It can be seen as a lament but also as an invitation to reconsider our past, advancing a new sense of beauty that might be shared in a more equitable way.”

With a line-up that boasts some of the biggest names in music LIMF is a must-do event in the city in 2018. Taking place at the height of Summer in Sefton Park, there are two full days of music, sunshine, food and drink, including headline acts Example and Hacienda Classiçal as well as Trevor Nelson, Toddla T, DJ Jazzy Jeff, Basement Jaxx and Tim Westwood to name a few. 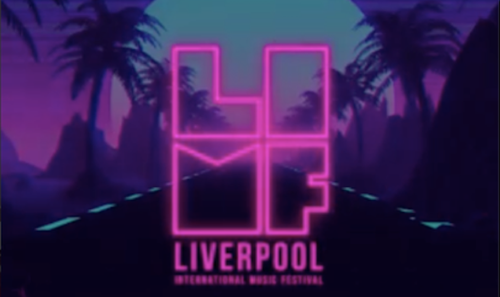 Celebrating the city's diversity, Liverpool Pride takes place on the last weekend in July, with entertainment from international and local artists and bands. Alongside the music and entertainment is the Paint the City Rainbow march, gathering the people of Liverpool and around to join together in peace, equality and diversity and support the LGBTQ+ community.

An immersive, interactive and other-worldly installation, Rewire transforms a hidden space in Liverpool into a physical and digital landscape that tests the limits of the Internet of Things and urban living. Nothing will be what it seems, with interactive storm clouds and robotic street lights, the world will be rewired through digital innovation.

The CBBC Summer Social is a brand new festival just for children - launching in Liverpool’s very own Croxteth Country Park this August. With a jam-packed line up of musical stars and CBBC favourites, including Union J, Matt Terry, Mr Tumble, Sam and Mark and Pets Factor, this is the event your children will not want to miss.

As the Summer draws to a close, Fusion Festival is a sure-fire way to celebrate the last of the sunshine. Another amazing line up, including David Guetta, Shawn Mendes, Jess Glynne, Years & Years, Clean Bandit, Jax Jones, MNEK and Sigala, the Otterspool Promenade is where you’ll want to be this weekend.