Across the world on March 8th, women are celebrated on International Women's Day. This year marks the 11th birthday of recognising the social, economic, cultural and political achievements of women everywhere.

This celebration of everything female dates back to 1909, in New York City. Where suffragettes were protesting for the vote. Ever since it’s become a day to both draw attention to gender inequalities and revel at the many accomplishments of womankind. Let’s be real, there are quite a few to marvel at. *fist pumps* 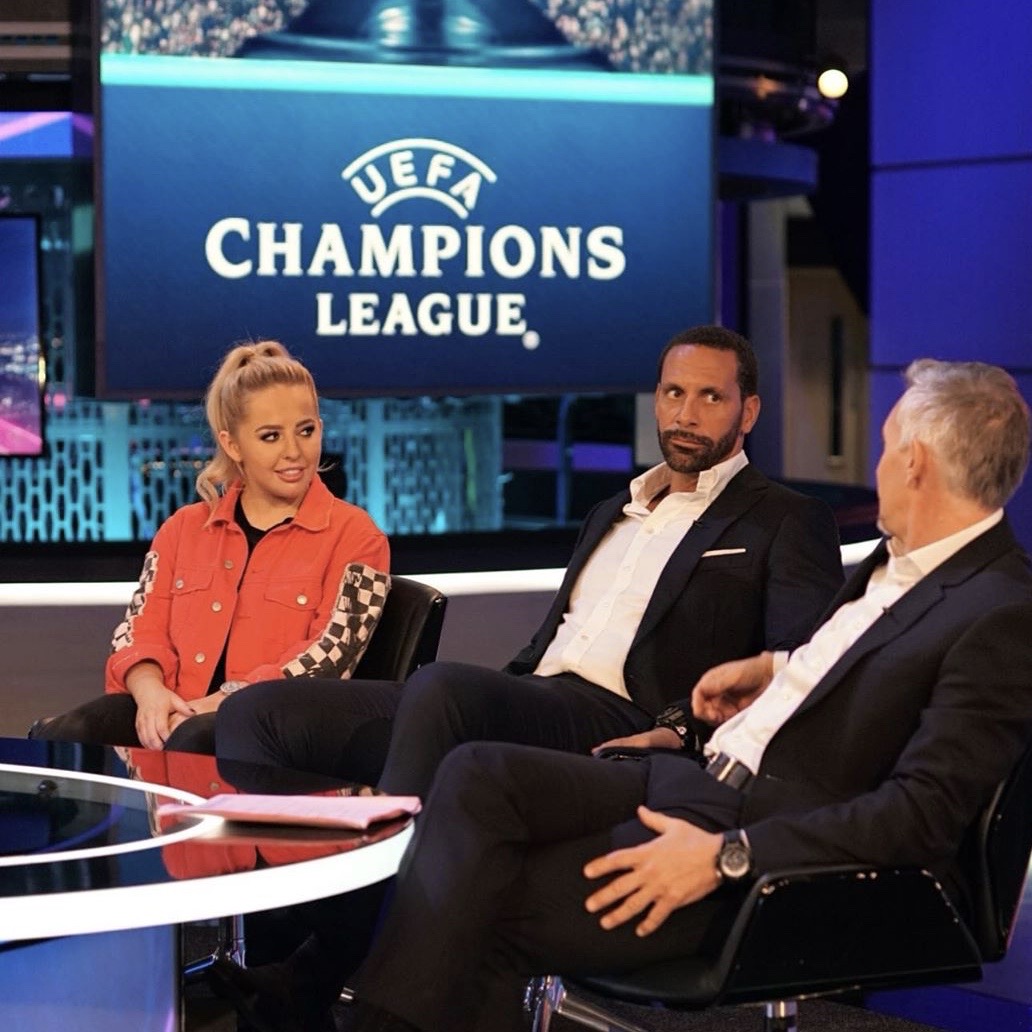 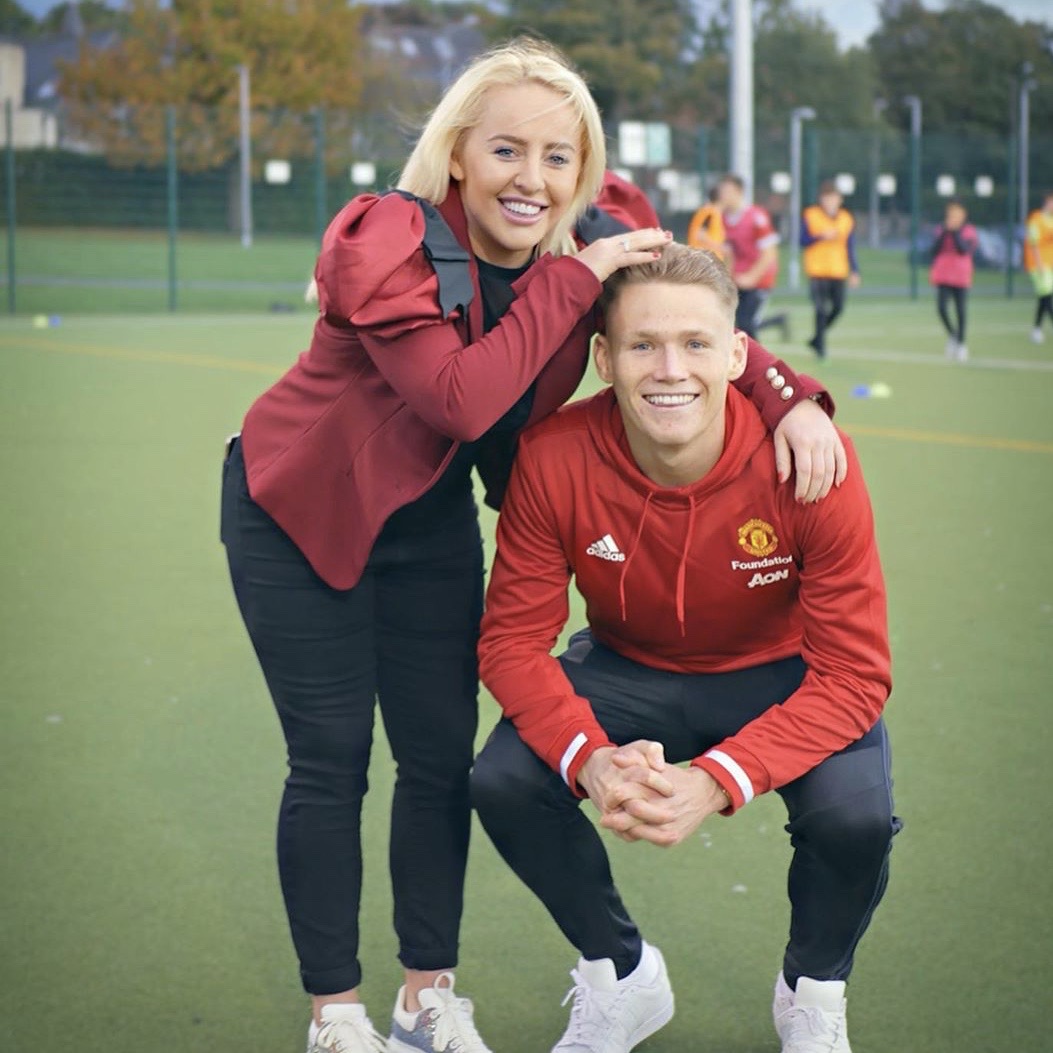 So Liv, you’re lucky enough to have your passion as your career. Can you tell us about the females who inspired you to become the athlete you are today?

I always dreamt of a career as a professional footballer. However, a back injury put me out of football for 7 months. It was a very frustrating time for me considering I lived and breathed football, but it turned out to be the best thing that had ever happened to me, as during this time I discovered the world of freestyle football.

I saw a girl called Laura Biondo performing live at a Nickelodeon event and I was instantly captured. I mean, she was literally juggling the ball on the soles of her feet!

I became addicted to learning new moves and the idea of limitless, visible progression.

Laura has been a great mentor and role model – she even convinced me to enter my first competition! I qualified successfully and went on to compete at Red Bull Street Style in London. At potluck, I even drew Laura as my first ever competition battle. I won this battle 3-0 and that’s when I decided I was going to be the best in the world.

What career milestone are you most proud of and why?

Becoming World Champion was my ultimate dream and at the age of 16. I told my parents I’d do it before I turned 21. I’m not sure they quite believed me but they were very supportive. I obsessed about it; it was all I thought about, all I cared about, and all I worked towards for 6 years straight.

At 17, I decided I couldn’t wait until I was 21. I knew I was different, I knew no one was working harder or smarter than me. I already felt like the best. So, I changed my goal, I said ‘I’m going to become the youngest world champion in history’.

It was not a smooth sailing journey, but I went on to become champion of the world, at 19 years of age. 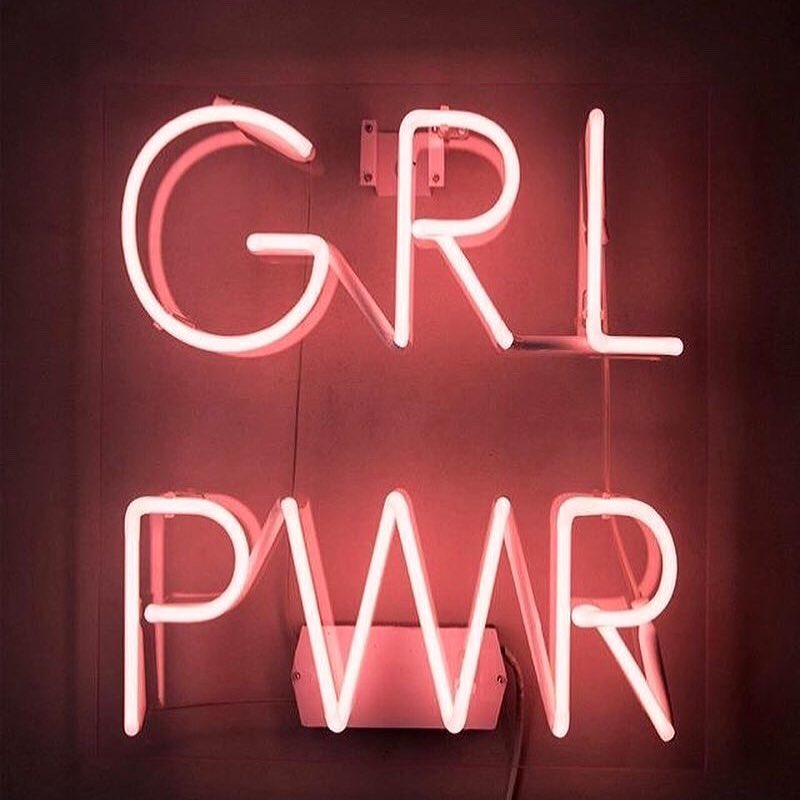 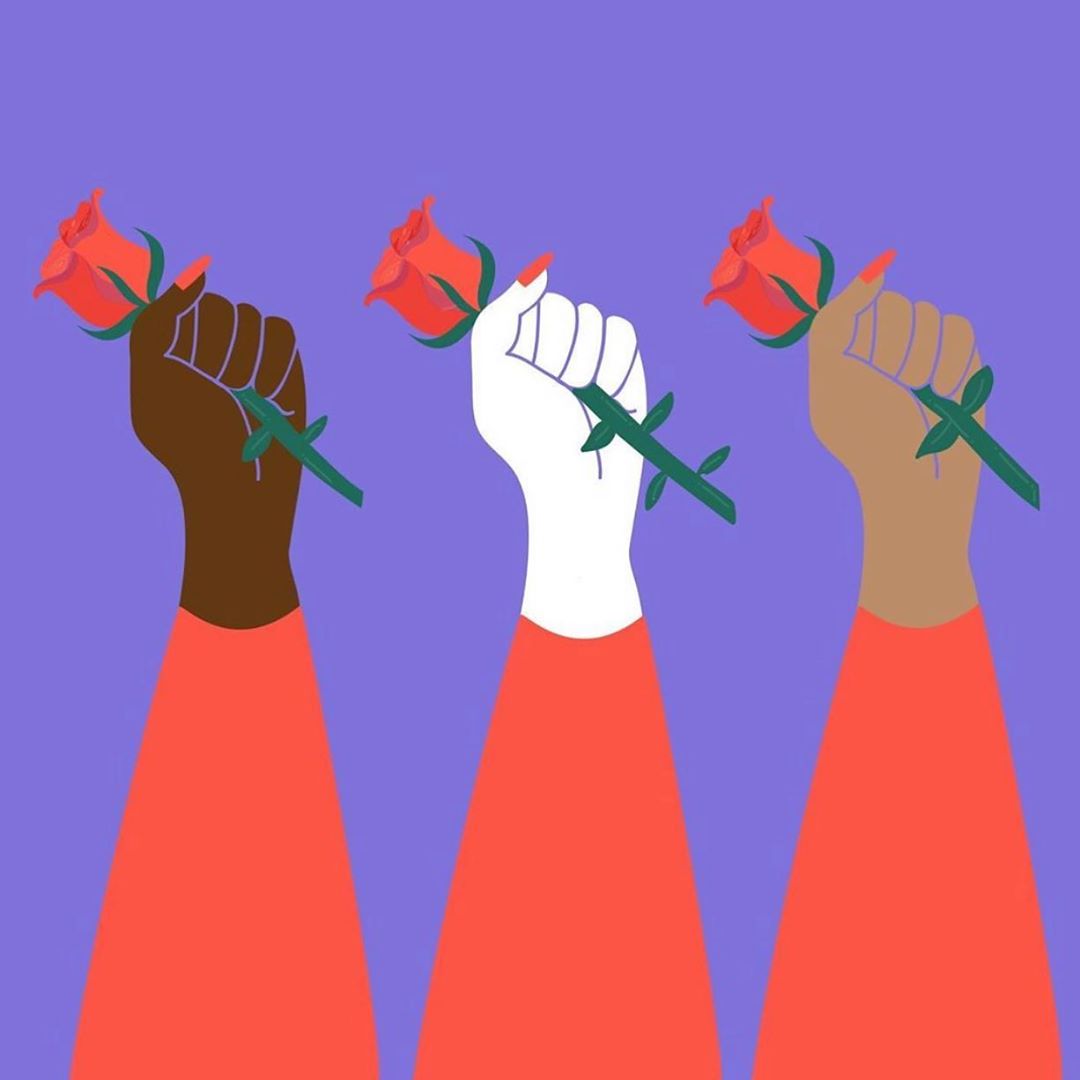 What an achievement, Liv. So, International Women’s Day is coming up; it’s all about empowering and celebrating women. What’s the most empowering moment you’ve had?

Every single time a young girl or woman comes up to me and tells me that they look up to me and that my videos make them know anything is possible. To know that I have given younger people the confidence and belief that anything’s achievable with hard work means a lot.

When young fans tell me they want to be like me, I make a strong point to tell them to aim higher. I’m not special or naturally gifted, I’ve just worked hard at my passion. They can be bigger and better than me if they want it enough.

That is truly so inspiring. How do you think the industry is changing for females?

I have seen major progress in the past few years.

In particular, seeing women’s football being broadcast on all the main TV networks and having a World Women’s Player of the Year.

It's amazing to see a much greater number of women commentating and reporting on both men’s and women’s football, meaning the view of women in this industry has and continues to change for the better.

Is there anything you feel we can do to take action for equality?

Women need to support women, especially in male-dominated industries like mine. I’ve often found people try to create negative rivalries between myself and other women. We don’t need to step on each other to rise. We can rise together, and all win.

Very true indeed! Do you have any words of wisdom for your younger self?

Everything you want will come when the time’s right. Keep working hard and trust the process. You’ll soon learn achieving your dream and reaching the top of that mountain isn’t always the best thing. Learn to enjoy the process and celebrate the small successes along the way. So, buckle up kiddo, it’s gonna be one hell of a ride!

Ok, setting the scene. You’re hosting a dinner party and have three vacant seats. What empowering women would you have there and why?

I would first choose Oprah Winfrey, because well, it’s Oprah! I have so much I’d love to ask her. I’d also choose Nicki Minaj because I’ve always liked her music, respected her work ethic, and loved how she has dominated for decades in a male-dominated industry. And finally, I’d choose Ellen DeGeneres as she is an inspiring woman that has positively impacted so many lives, and she’d also provide a few laughs! 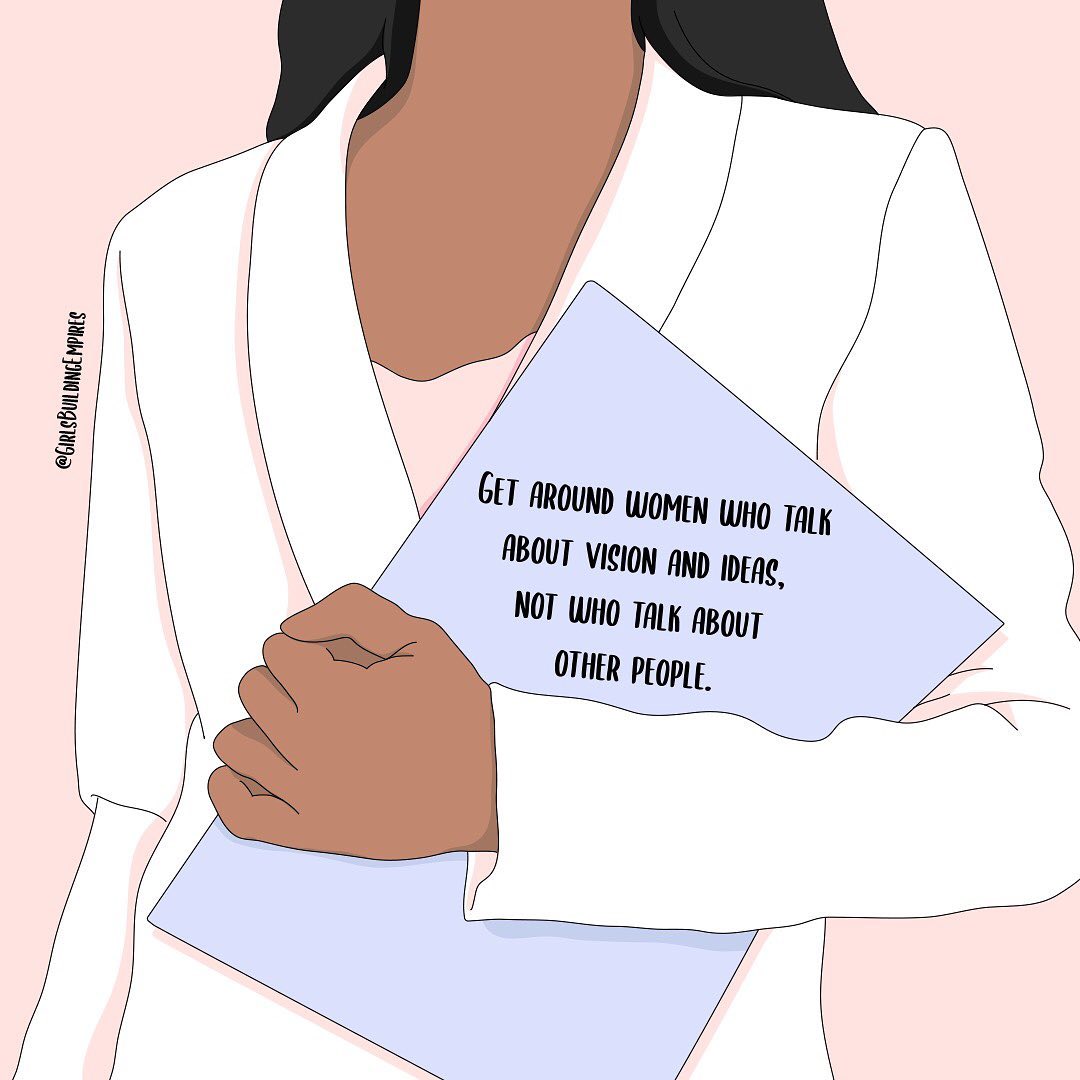 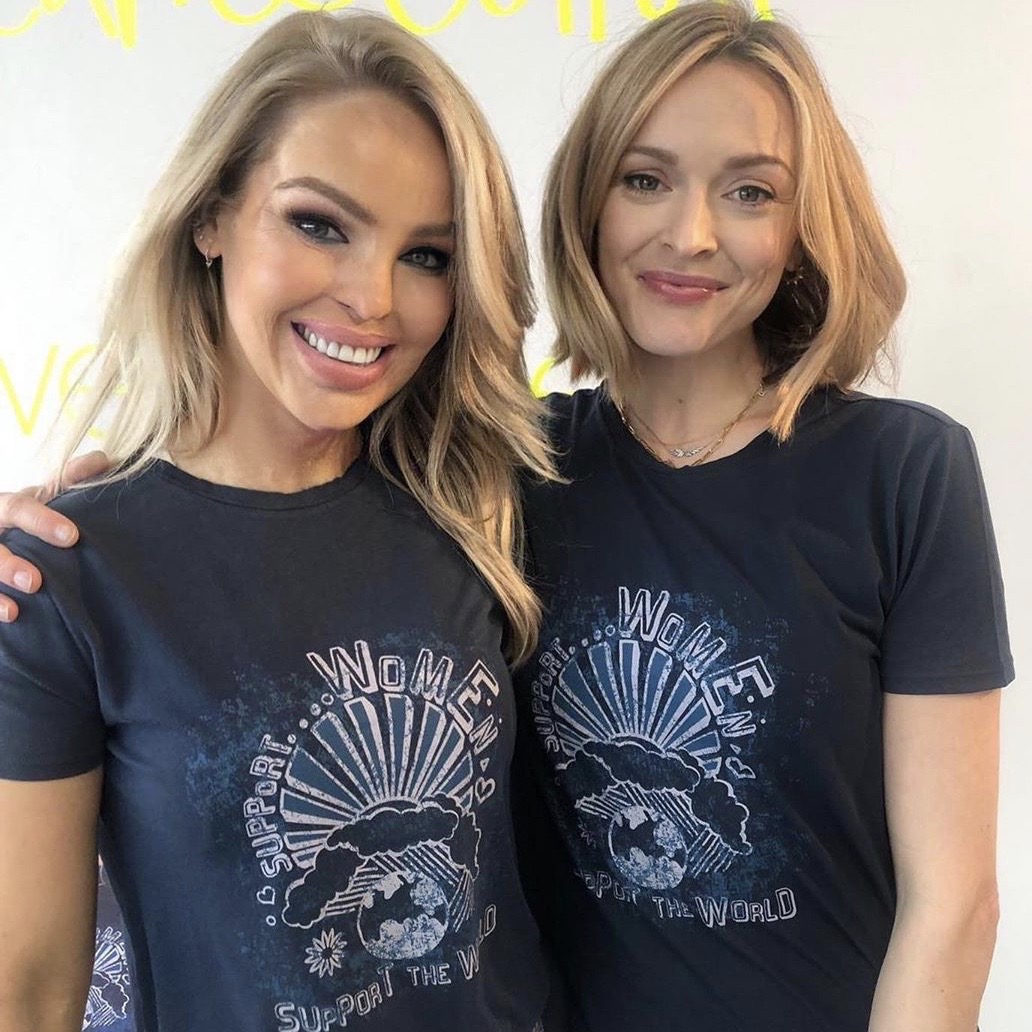 As you've said, women inspiring women is so important. Are there, any Insta accounts you follow for inspiration... we'll add them to our feed!

A few come to mind…

I also love people such as Katie Piper, Ashley Graham and Cardi B.

I think Katie is so inspirational to have overcome what she has been through. She’s such a strong and powerful woman.

Ashley, in my mind, was one of the first curvy models to emphasise body positivity, which is much needed in this day and age.

Finally, Cardi probably stands out as extremely different from Katie and Ashley in my selection, but I just love Cardi’s Instagram! This is a woman who is dominating in a male-dominated industry and she’s doing with a smile. She’s confident, raw, and very real with her fans. Something we can all learn from.

Finally, in the words of Shania Twain, what’s ‘the best thing about being a woman’?

Well, the human race wouldn’t exist without women so I think the fact we are to thank for existence is pretty cool!

This year's theme is 'equal for each'... Girl power is officially thriving, but there is still a long way to go until we achieve full equality.

Inspired by Liv's words, us too...

Show your support this International Women’s Day, by sharing your messages of empowerment on social media using #IWD2020 and #EachForEqual.