We celebrate women 365 days a year, but today on the 8th of March, International Women's Day (IWD), there's a louder shoutout to all the ladies. Created in the early 1900s as a way to celebrate the accomplishments of women, IWD is an important part of the ongoing journey to total gender equality and a truly inclusive world.

While it's important to celebrate women's history during the other 11 months of the year, in March, aka 'Women's History Month,' this is emphasised. We celebrate the fearless females who made this life possible. From Emmeline Pankhurst and Anna Freud in the 1920s to Amelia Earhart and Eleanor Roosevelt from the 1930s. Marilyn Monroe, Grace Kelly and Yoko Ono. The 90's and 00's ladies; Princess Diana, The Spice Girls, Emma Watson, Beyoncé to Greta Thunberg, Megan Markle and Michelle Obama.

We're totally doing it. At Moda, we're closing the gender gap in the property industry, a traditionally male-dominated sector. Over 40% of the workforce are badass females and we're still growing!

Spot our very own Amanda Rennie, General Manager at Moda, The McEwan featured in The Herald as a female leader. *applause*

There's still work to be done though - us ladies represent just 15% of the total workforce in property and construction.

Collectively we can all #BreakTheBias.

To any women thinking of entering into a male-dominated field. Just do it and know that you deserve to be there just as much as anyone else.

Your voice, our voice, ideas and presence matter! 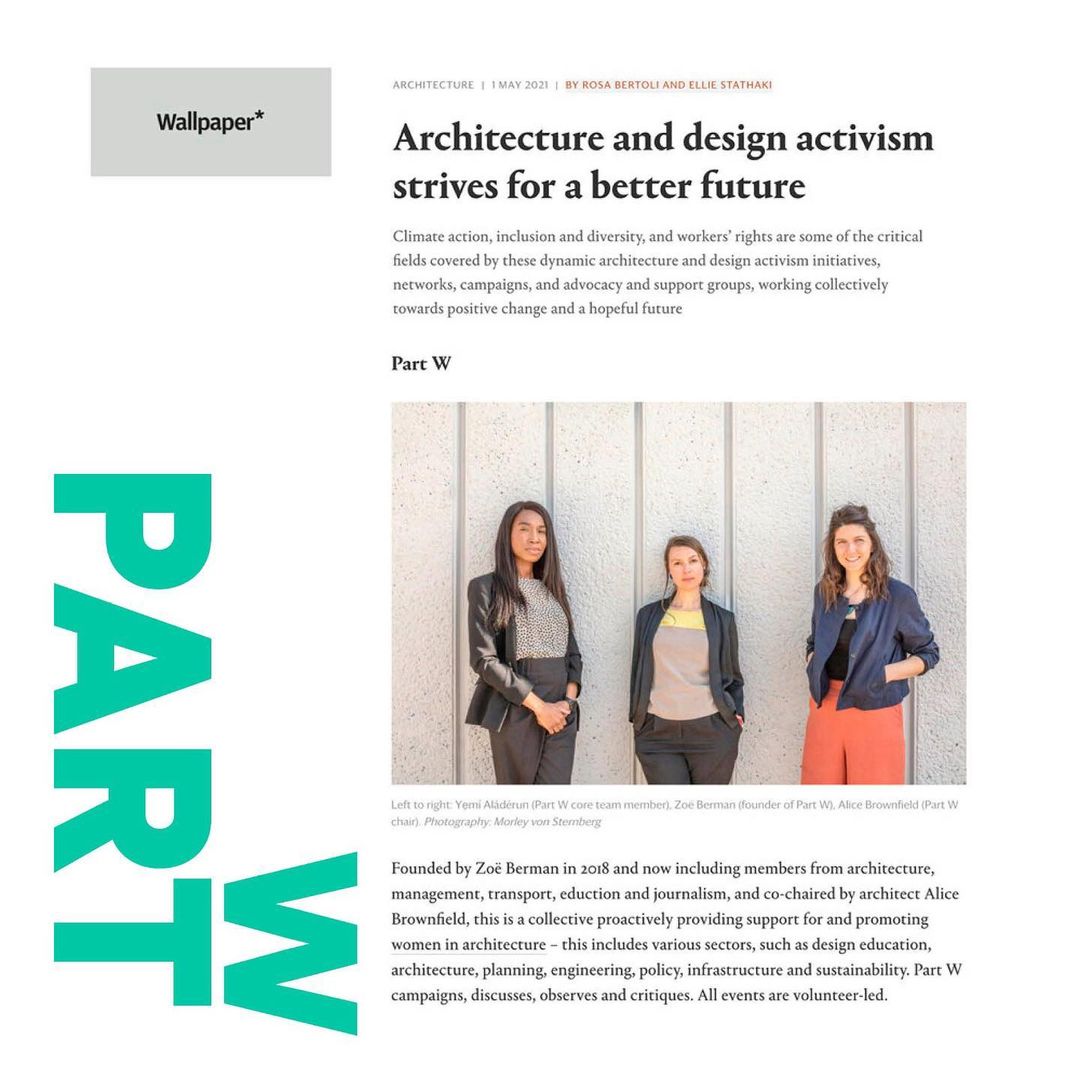 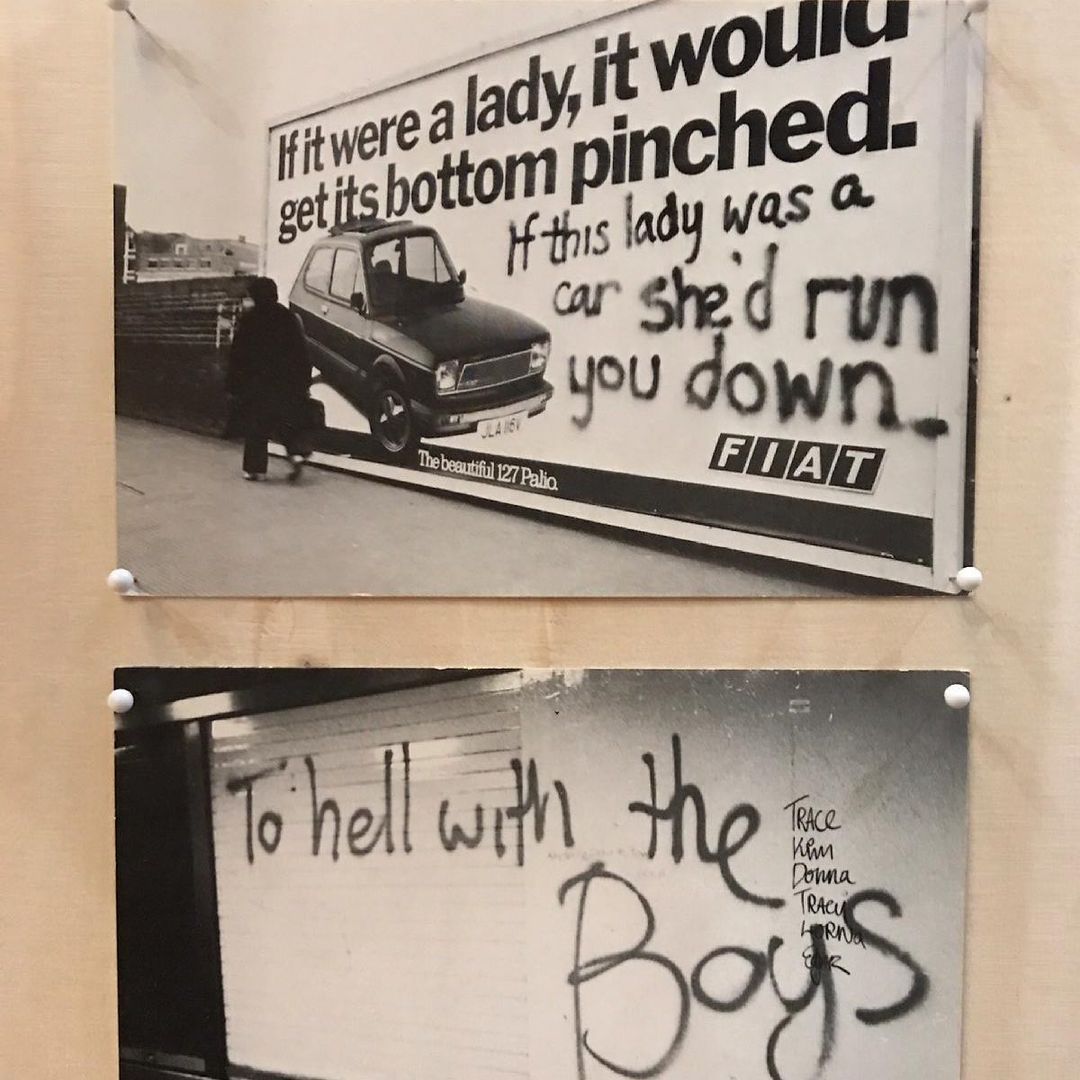 A sisterhood founded by Zoë Berman in 2018. Part W's campaigns are born out of their collective discussions, sharing of stories, observations and critique. Co-chaired by architect Alice Brownfield, the woman-lead group is made up of ten females who work across different sectors of the built environment. From architecture, and management to transport, education and journalism.

What they do? Proactively provide support for women in the built environment. How do they do it? Celebrating and drawing attention to women’s projects and skills... 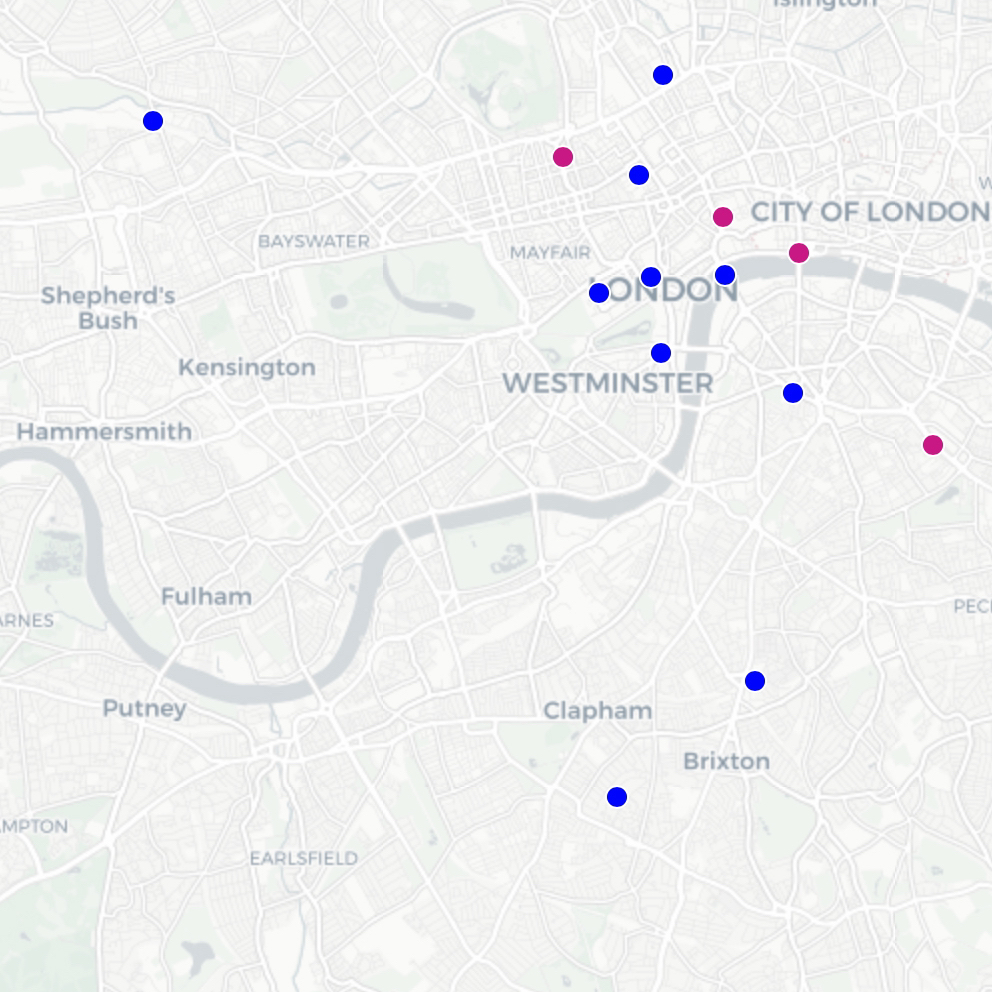 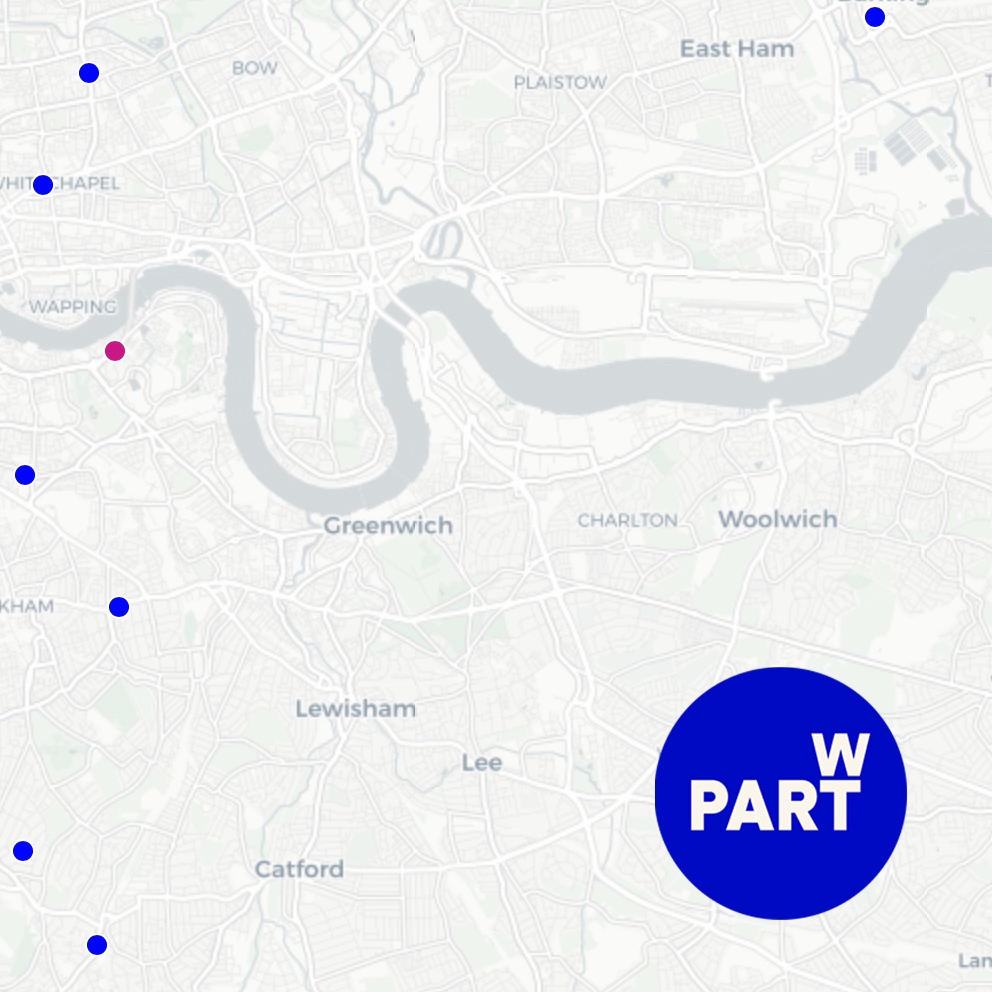 The new project, supported by Moda, 'Women’s Work London Map', will showcase and map out projects across the capital. Not just any projects, projects that women played a pivotal role in creating. Showcasing and celebrating the fantastic work in the built environment across the capital.

Historically, digital and physical maps and archive resources used in education and beyond have left big gaps in women’s contributions to architecture, public realm and the wider built environment. Let's put a stop to this...

It seeks to bring about change in how women’s work in place making, design and architecture is valued and recognised – and challenges policies that cause gender discrimination in built environments.

To make the process as inclusive and far reaching as possible, Part W is calling for people to submit projects for Women’s Work London Map. From architects and engineers to conservationists and community groups. We  want to hear about work by women across all communities and beliefs.

Want to get involved? Make a suggestion here and join the convo on social by tagging @PartWCollective and using a good old hashtag... #WomensWorkLondon.

From the construction of Waterloo Bridge to the design of the British Library; the refurbishment of the Supreme Court to the design of social housing, the crowdsourced map will seek to shine a spotlight on the immense contribution of women to London.

Include an image of the project and why you think it should be on the map. You have until the end of the month. The result, a visual, physical map of London.

Lydia Whitaker, Moda's Marketing Director and Head of Wellbeing says... “To build the best possible places for communities to prosper in, it’s crucial that the needs of every person within that community are considered, and that there is a diverse range of voices feeding into any placemaking project.

“We’re so proud to be working with Part W on the Women’s Work London Map to educate people and celebrate the fantastic contributions of women from a range of communities to London, and are looking forward to getting out and about the city to see it for ourselves when the map is completed.”

After publication, cycling and walking tours will be put on to guide people around landmark projects featured in this awesome map. See you there! 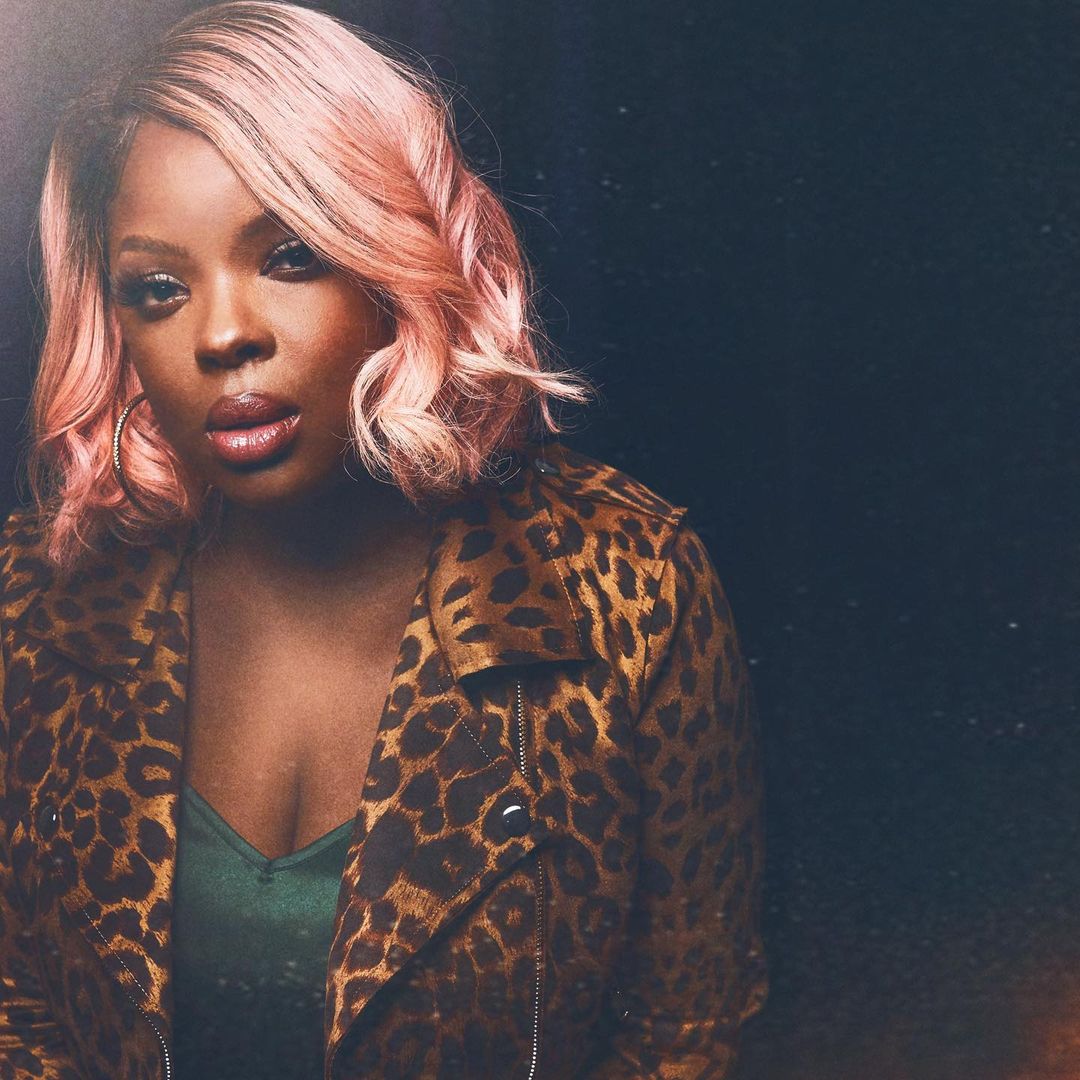 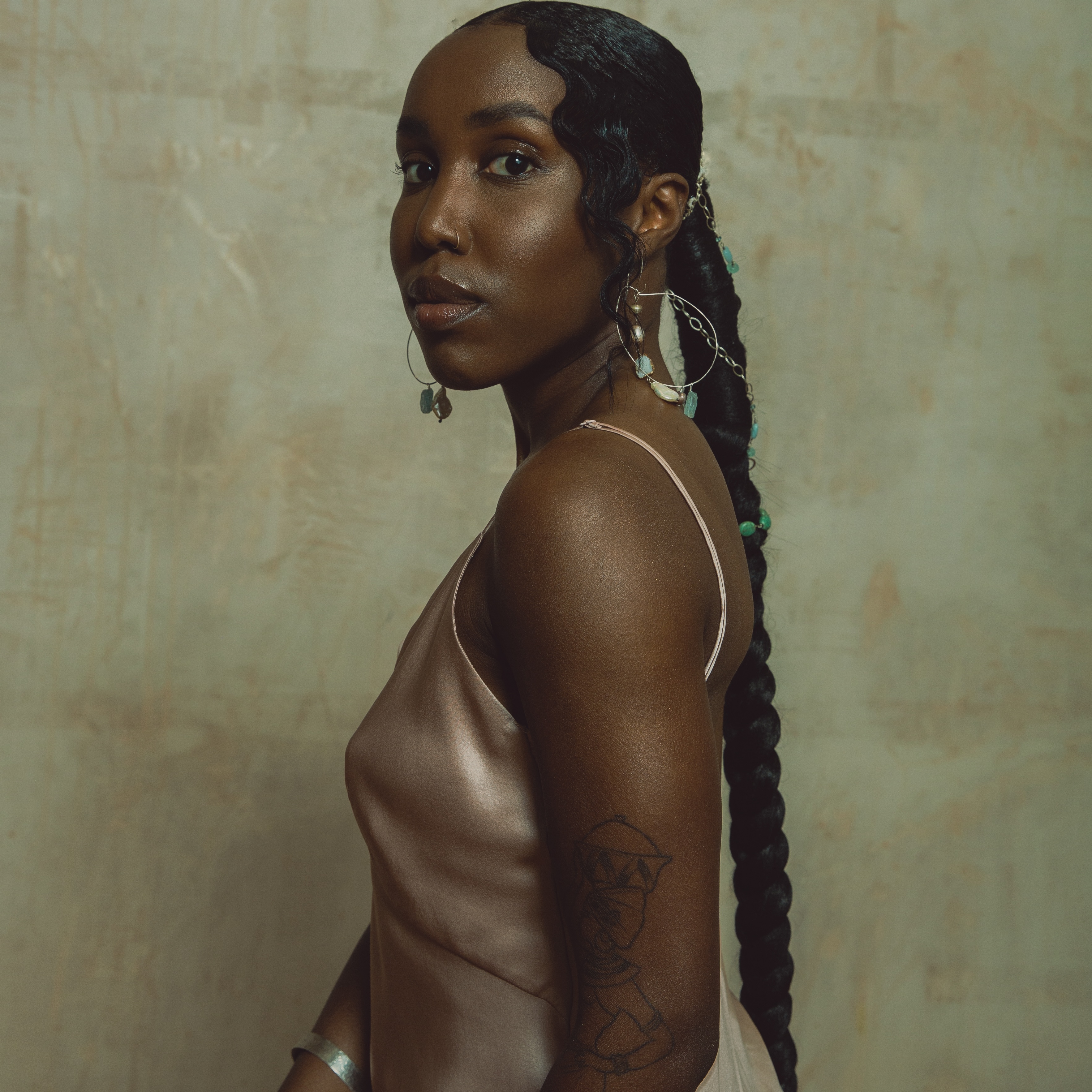 The power of music

We're celebrating with the music. A profound influence. It connects us to each other, to our culture, and to our language. It makes the world go round... the music industry is dominated by powerful women!

A specially curated playlist across our neighbourhoods in collaboration with our music partners Open Ear. What are you listening to today? Ego Ella May and Lady Wray, both shining stars, have contributed a selection of their fave female (and non-binary) artists alongside much loved legendary ladies tracks from across the decades.

Pronounced ‘eh-go’. She's burning bright on the London Jazz scene. Winning 'Vocalist of The Year 2021' at the Jazz FM awards.

Her source of inspiration... “it’s so easy to lie to yourself and others, so I really admire people who have the audacity to be truthful.”

A unique voice, created from equal measures of reflective moments of solitude, conversations with friends and her love of music. It's expressive. It's colourful neo-soul.

Representing the US... in 1996, she auditioned for Hip-Hop legend Missy Elliot. Missy signed her on the spot. Need we say more?

She's mic dropping in the R&B space. Her goal... "is always to help and to heal people with singing.” Beaut-i-ful.

A playlist showcasing women in all their glory across genres. Pop, Soul, Funk, R&B, Hip Hop.

Cheesy AF... but, who run the world? *dancing in our seats*

Play it loud... today, tomorrow, all month, all year. *zig-ah-zig-ahhh* 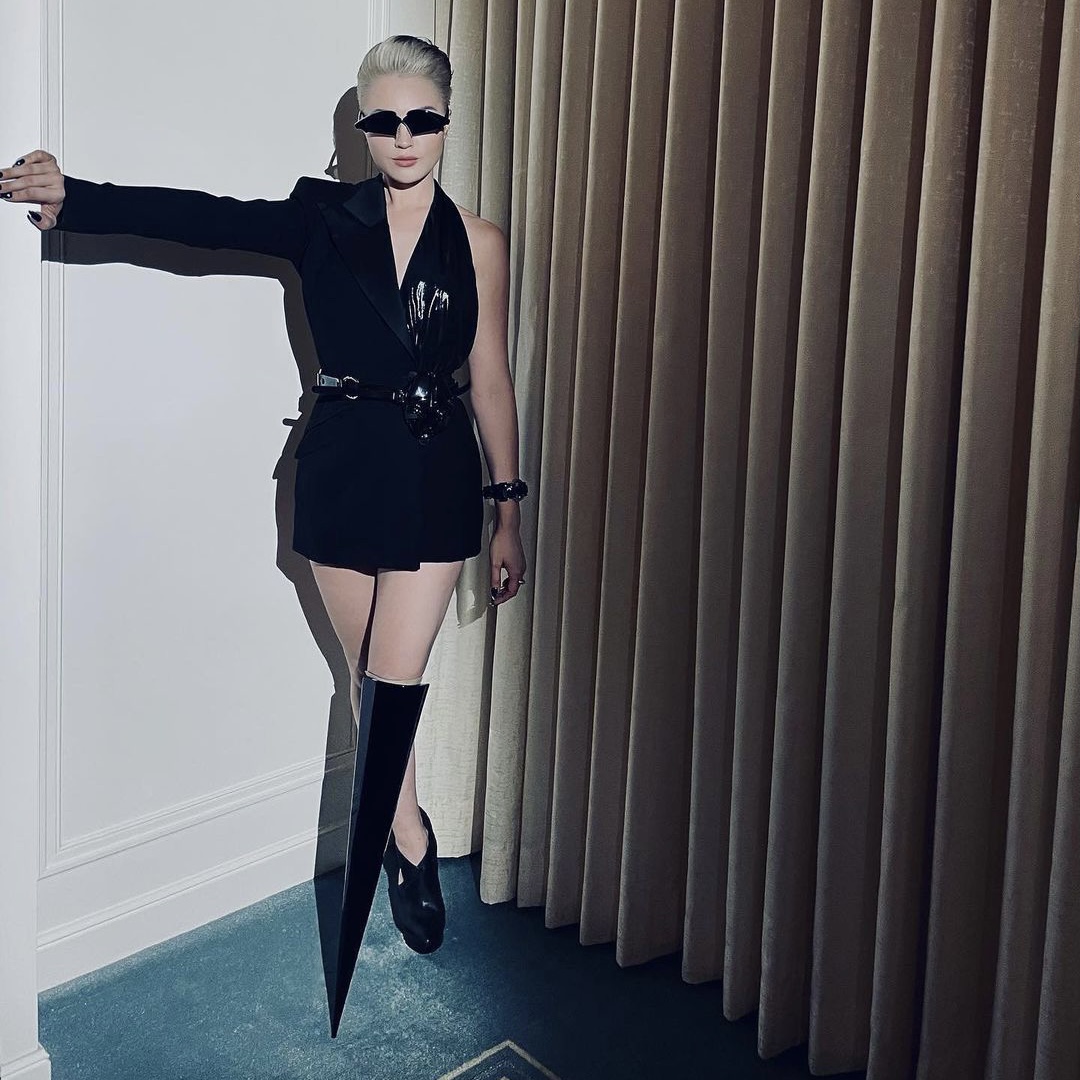 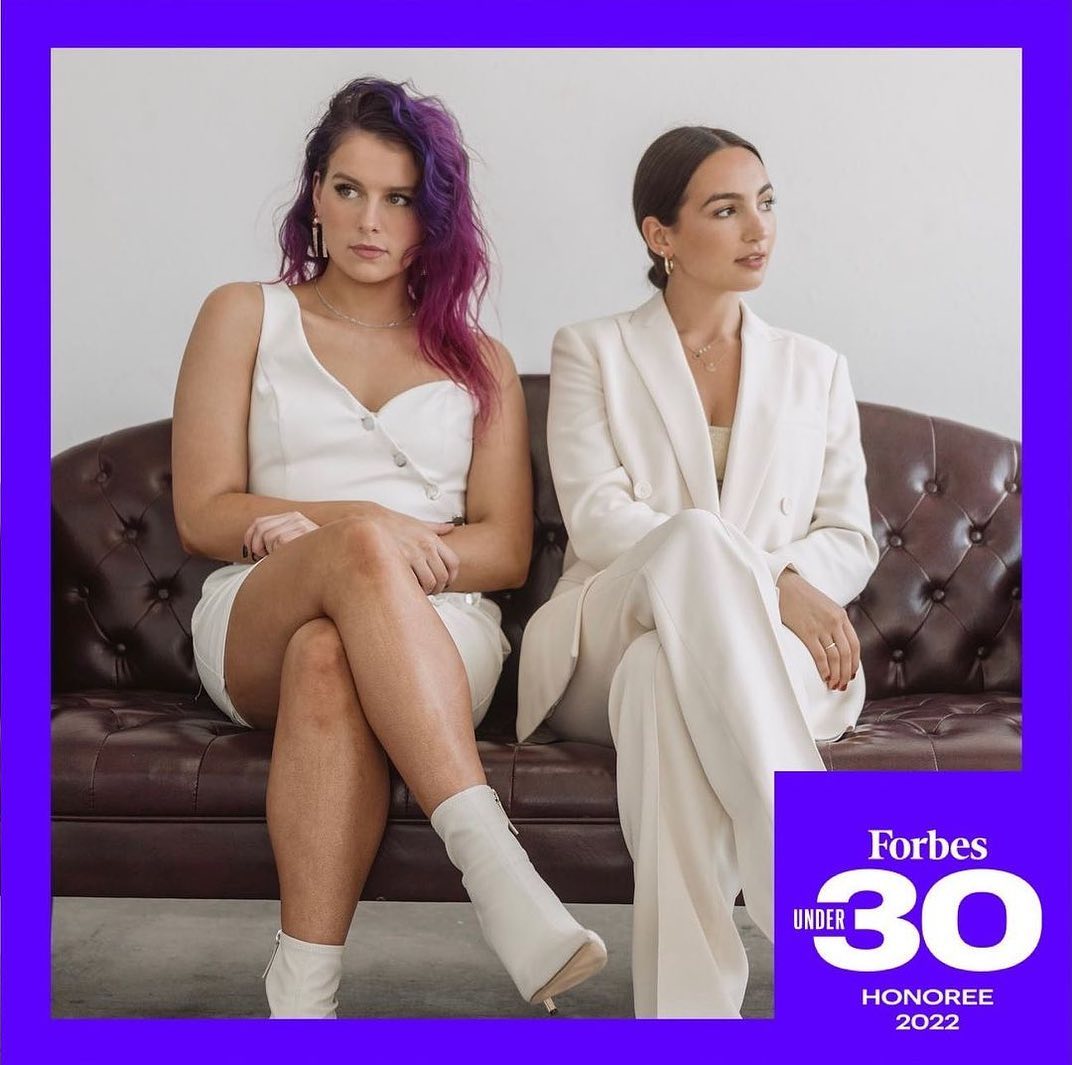 We asked team Moda to reflect on the women who inspire us every day. From political leaders to scientists, athletes, writers to entrepreneurs, friends to family. There are countless women to pick from...

Who: Viktoria Modesta
Why they inspire: A singer, model and avant-garde performer, Modesta is known as the bionic artist who is changing the conversation about art, science, and disabilities. She herself had her lower left leg amputated, and is now challenging the way disabilities are perceived and physical beauty is gauged in the modern world through her own futuristic art and music.
What they taught us: Own who you are.

Who: Cher.
Why they inspire: Living legend, icon, actress, singer and Oscar winner. She also tirelessly advocates the LGBTQ+ community and champions her trans son, Chaz.
What they taught us: To believe in life, after love.

Who: Emily Bear and Abigail Barlow
Why they inspire: Both in their early 20s, Barlow and Bear are  songwriters/composers making waves in a very male-dominated space. Finding fame on TikTok in the 2021 winter lockdown writing a musical version of Netflix’s “Bridgerton”, between them the pair have gone from recording videos in their living rooms to being Grammy nominees, being featured on the Forbes 30 under 30 list, writing music with Andrew Lloyd Webber, composing music for Disney and Manchester City Football Club, and performing with Broadway and West End royalty.
What they taught us: Don’t underestimate people, let them show you what they can do.

Who: Rachel Naylor (from Trium Environmental)

Why they inspire: An environmental specialist who took her skills, enthusiasm, and a risk to establish alongside two friends a highly successful business in a hugely competitive market. Combining extensive technical knowledge, an ability to inspire and motivate other people and crucially, the capacity to smile and laugh when dealing with complex and often mundane issues.

What they taught us: Good humour and a smile motives.

Who: Marwa Al-Soubini
Why they inspire: An architect based in Homms, Syria’s second largest city, Marwa has written and spoken extensively about what happens to communities when their homes are devastated by war. Despite the dangers, she’s never moved away from her hometown.
What they taught us: Stand your ground.

Who: Dame Ellen MacArthur
Why they inspire: World record breaking sailor, rising to the pinnacle of the sport whilst memorably sharing the trials and tribulations of her journey via one of the few video diaries worth watching. She has since launched her charitable foundation to strive to create a circular economy and solve problems such as climate change and pollution.
What they taught us: Focus, grit and determination (with a bit of sheer bloody mindedness) can get you just about anywhere.

Who: Mum.
Why they inspire: The most intelligent, selfless, caring, level-headed person I know. Will always give herself the worst slice of lasagne if it means we get the best one. When times get tough, she gets tougher. The glue holding the whole family together. A true inspiration, my best friend.
What they taught us: Everything has a habit of working itself out.

Who: Sister-in-law.
Why: Because she’s taken on the extraordinary challenges that life has thrown at her with grace, positivity and with a smile.
What they taught us: Strength is a choice.