The whole of 2020 has been scary season right? Minus the ghouls, ghosts, zombies, spirits and slashers.

‘You know what’, hasn't ruined Halloween and didn't stop the #MCRMonsters returning to the city! You better boo-lieve it, a monster invaded Moda, Angel Gardens roof.

Trick or treating might not be the same this year, but that doesn't mean we still can't munch unfathomable amounts of treats, chocolate and indulge in everything pumpkin spice flavoured! 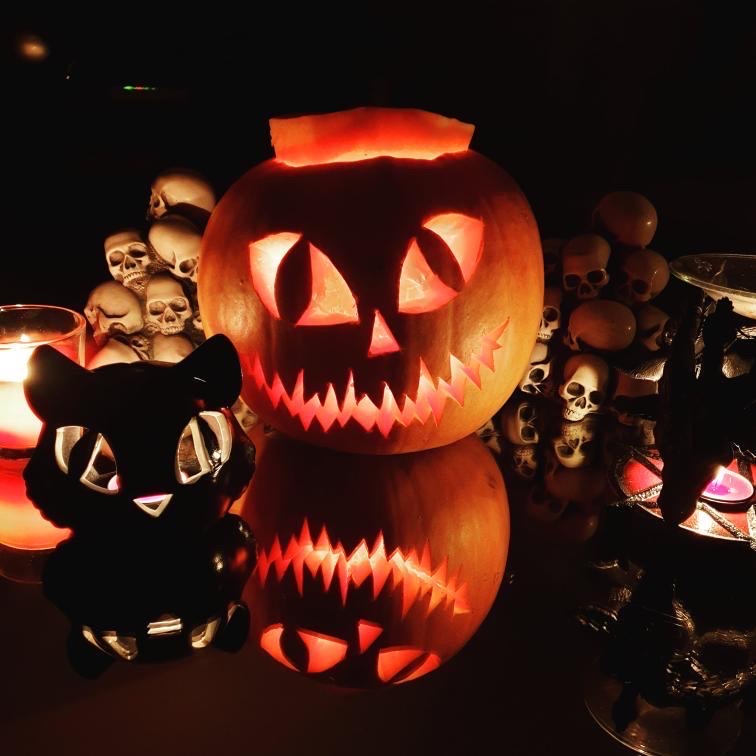 Give 'em pumpkin to talk about

We've been pumpkin carving all week... when we say we, we mean the Moda, Angel Gardens family. Testing their carving skills and impressing or scaring thy neighbour!

Who will be crowned 'AG pumpkin carver of 2020?' The competition is fierce and quite frankly, we're surprised at how gourd they are. 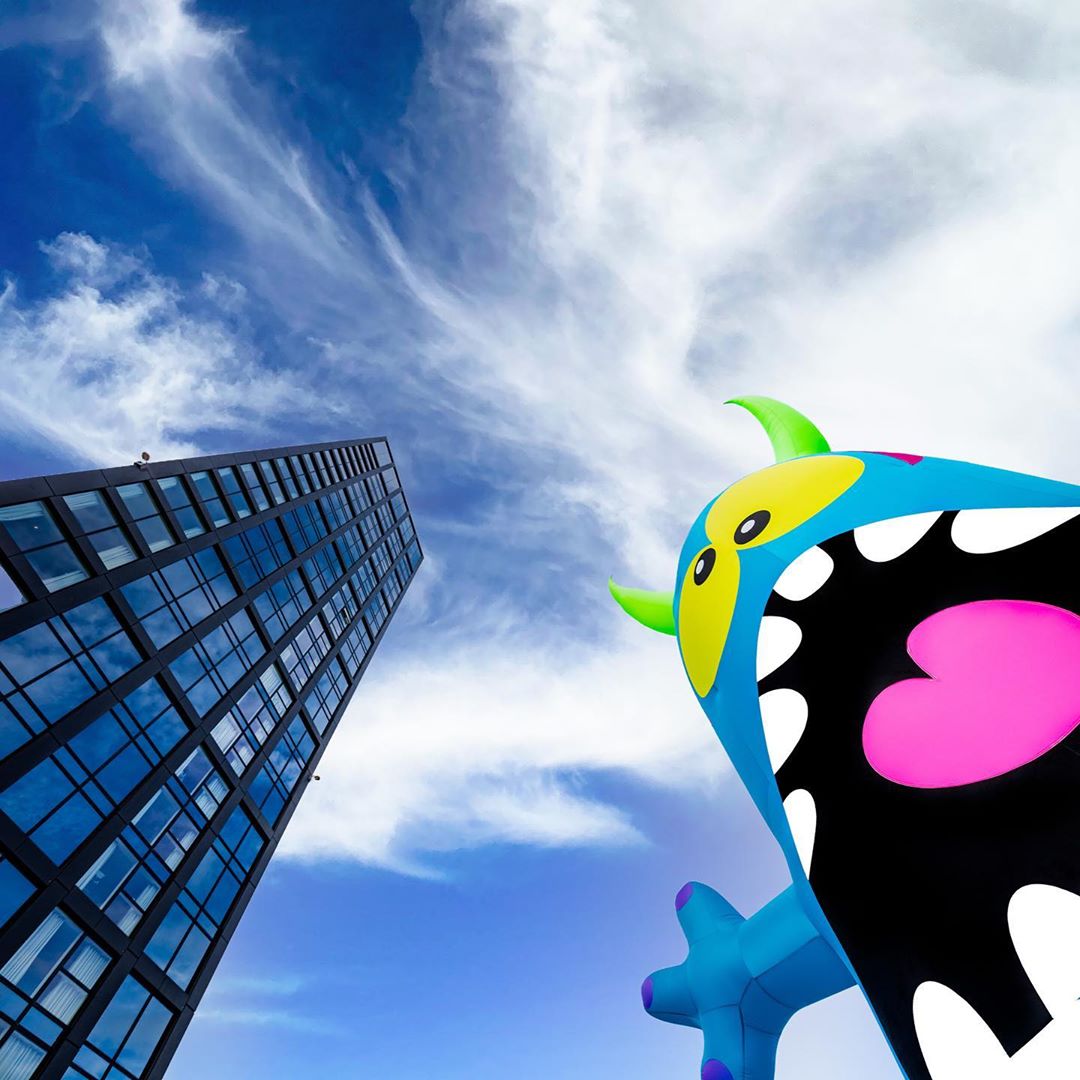 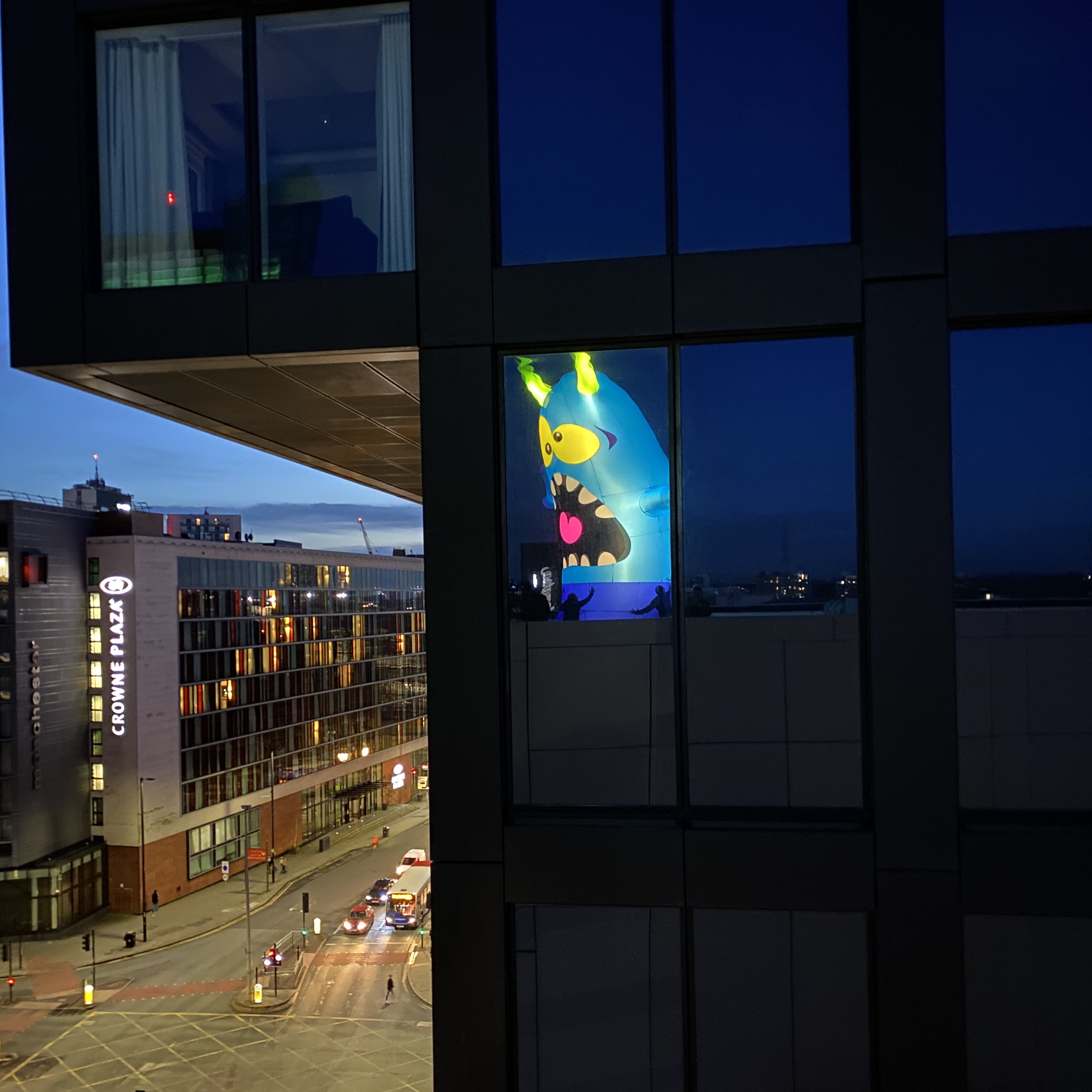 Who you gonna call?

Manchester folk, have you seen who’s baaaaaack in the city… with a new addition to the monster mash?

We asked the question last year... would a monster climb up Moda, Angel Gardens?

One creepy creature sure did. We have a temporary resident up on the roof as part of HalloweenMCR inflatable monster trail… Meet Berzerka.

Created and inflated by artists Filthy Luker and Pedro Estrellas from Designs in Air.This is the third year running the monsters have invaded the city.

Don the wellies, embrace the wind and hunt the 7 Mancunian monsters. 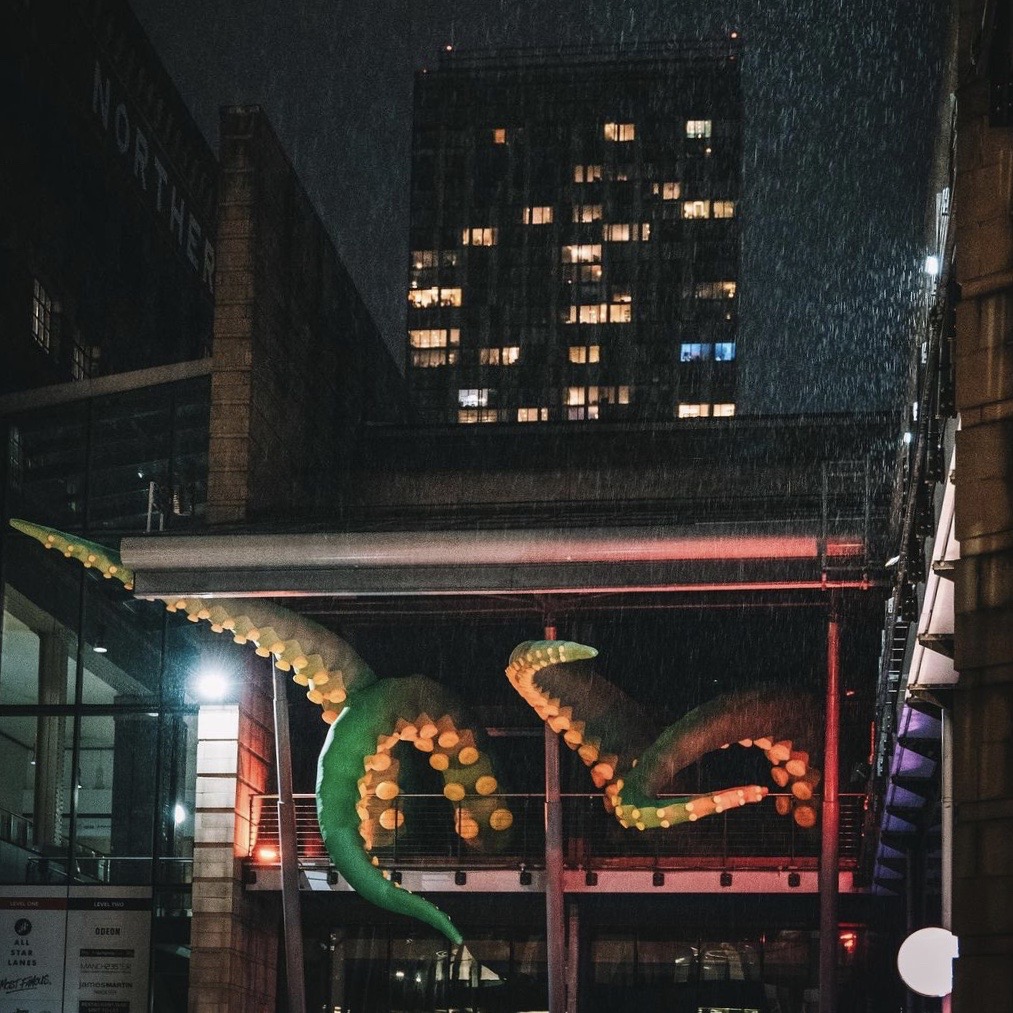 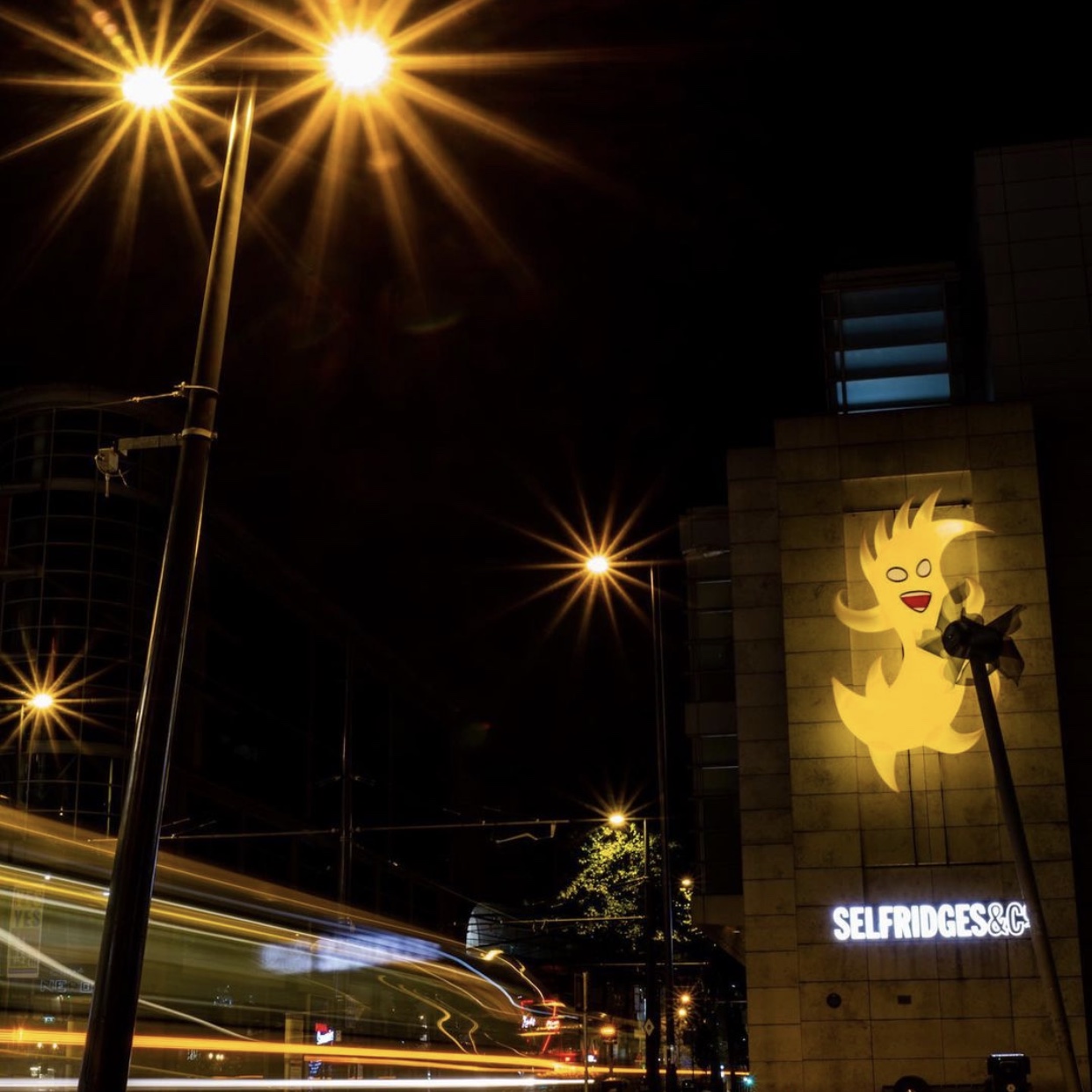 Halloween parties are well and truly off the cards this year. Movie marathon it is featuring a sugar-induced coma. Grab the duvet, we’re not moving from the sofa. Netflix and thrill, is that a thing?

We all know the pain of choosing something to watch. Unable to make a decision, you then just send up watching an episode of How I Met Your Mother for the hundredth time. We’ve narrowed it down from classics to sending shivers down your spine. We’ve got you… Tear open that bag of popcorn, put the crisps into a bowl and queue up a few of these…

Remote at the ready… there’s loads to keep you scared, entertained or provide an escapism this Halloween weekend… 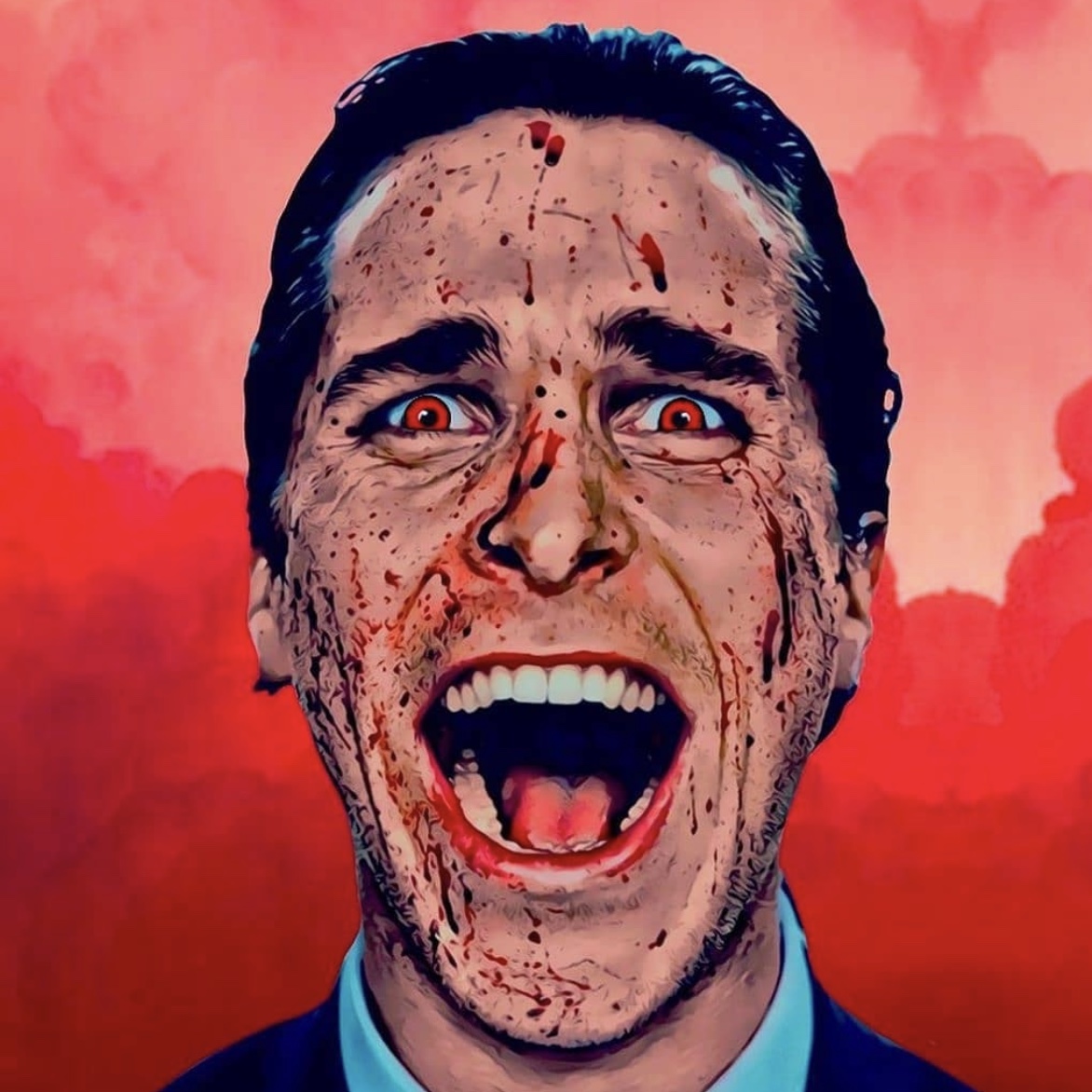 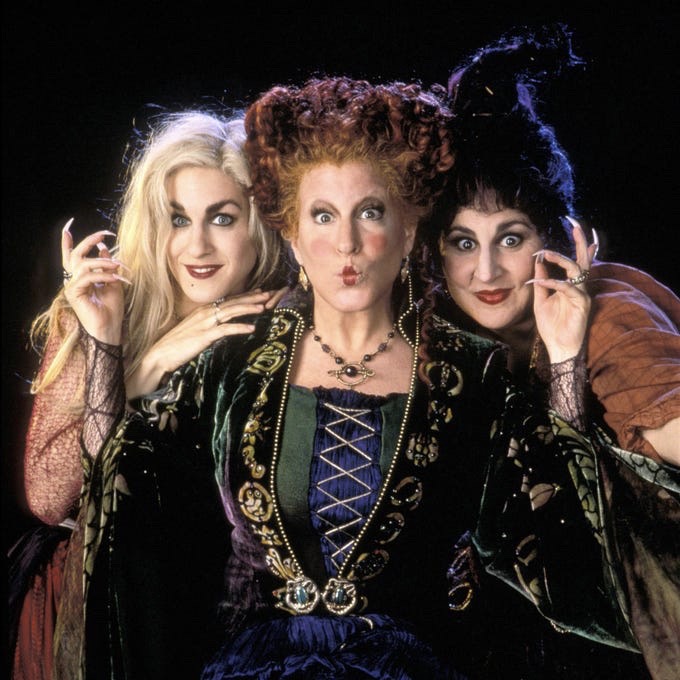 The yuppie madman. Based on a novel, a psychological horror film mixed with black comedy that is even better in 2020 than it was in 2000.

Patrick Bateman, (Christian Bale) a wealthy investment banker, hides his psychopathic ego from his pals. Later, his illogical fantasies escalate and he submits to an uncontrollable bloodlust… “I’m into, uh, well murders and executions, mostly.” A sentence we don’t want to hear on a daily basis! Featuring impeccable ’80s suits, Chloë Sevigny and an all round ‘I’m not sleeping tonight’ vibe. *sorry*

A firm fave with the Moda family which won the vote to be on the big screen at Moda, Angel Gardens, witch totally got us in the spooktacular spirit with the Sanderson sisters.

The 1993 American fantasy-comedy. A spooky-but-funny classic. This film is rewatched every year (yes, we’re part of these stats). 3 witches are resurrected 300 years after their death to get the revenge they have long desired. Altogether now... 'Double, double, toil and trouble'. Seriously, you’ve not seen it? Have a word… *rolls eye*

Full of one-liners that will make your cheeks hurt, chockablock with catchy musical numbers, oh so trendy costumes, a talking cat. As if this isn’t enough of a reason to watch this classic. What more can we ask for in a Halloween movie?

The remake of the 1999 Japanese horror film Ringu. After this, you won't catch us watching any old cassette tapes ever again. haha.

The Ring is inarguably one of the scariest movies of all time. The spine-tingling fear comes from the music, jump scares, and of course the terrifying conclusion of anyone who watches a cursed VHS tape is doomed to die.

Can you remember the first time you experienced the now-iconic shot of the well that Samara climbs out of as she moves from the video, out of the television, and into her victims' homes?

A thought-provoking masterpiece. Going that little bit deeper in terms of its fear factor and will leave you pondering for a while afterwards. The mounting sense of paranoia throughout this movie definitely places it in the psychological horror section...

We don't want to give too much away, so a brief down low. Chris, a young black man, accepts an invite to meet his white girlfriend’s family. You know the nerves this first 'meet the parents' can cause. Worried they won't take a shine to him, his girlfriend reassures him. They really, really like him. Then things start to get weird…

P.S Remember The Blair Witch Project? Saw? Why not watch them all over again? That’s a guaranteed fright night right there.